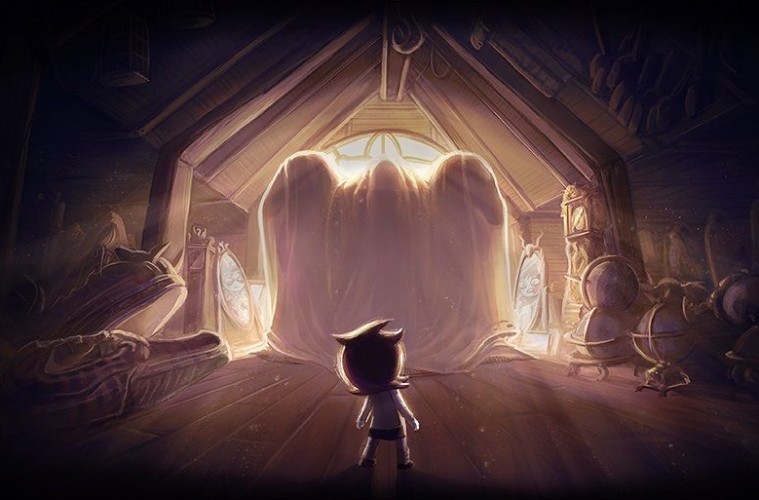 Congratulations to Joynture member What Pumpkin Studios on the unveiling of “Hiveswap,” a point-­and-­click adventure game based on the cult webcomic “Homestruck.”  When the game goes live later this spring, the first four episodes will be ready for PC, Mac and Linux.

“Hiveswap” was shown to the press at this week’s Game Developer’s Conference in San Francisco.  Public demos will follow at Emerald City Comicon, Denver Comic Con and other conventions.  The game’s development was funded with proceeds from a $2.4 million Kickstarter campaign.

In “Hiveswap,” a young human girl named Joey gets sucked through a portal to the alien planet of Alternia.  There, she joins a band of scrappy troll rebels and embarks on an epic journey to save the world and find a way home, discovering the true meaning of friendship along the way.  The game has 3D graphics, puzzle-solving gameplay and an original story spanning for content-packed acts that will release throughout 2015.

“Hiveswap” is a spin-off of “Homestruck,” an irreverent, 7,500-­page webcomic started by Andrew Hussie in 2009 to parody classic adventure games.  Though it’s based on the “Homestruck” canon, the “Hiveswap” adventure game has a completely self-contained story that does not require any familiarity with the webcomic.

“Homestuck itself has always been sort of a mock adventure game, one the reader ‘plays’ by navigating the story, but what started relatively simply has developed into a huge world with its own lore and backstory,” says Hussie.  “Bringing all this to an actual adventure game is a natural next step for the license — one we hope existing fans will love, but that should also appeal to anyone who enjoys the point­‐and­‐click style games I grew up playing, even if you’ve never heard of ‘Homestruck.'”

News of “Hiveswap” has been reported in PC Gamer, Comic Book Resources and Nerd Reactor.