Luck and Perseverance: Joynture Member Spotlight on James Seetal of What Pumpkin Studios 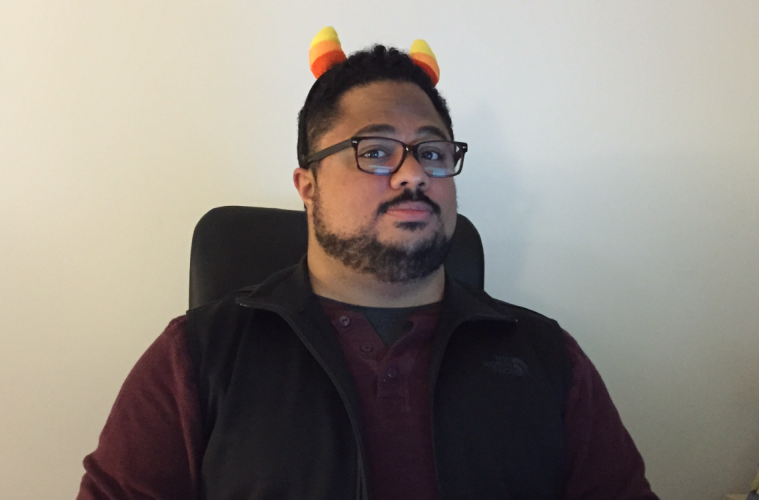 When James Seetal was growing up on Long Island, his parents worried about the long hours he spent playing Nintendo’s “Super Mario Brothers” video games.  “My eyes were always glued to the TV,” he remembered.

His parents “always used to joke, ‘You’re not going to get a job doing that.’”

Now, the joke at family gatherings, Seetal says, “is that I do have a job doing that … They’re perfectly fine with it now. They’re like I ‘have a legitimate job.’  At the time, they were biting their nails.”

Seetal, 34, is director of production for What Pumpkin Studios, which soon will release the video game “Hiveswap” based on the popular web comic “Homestuck.”  More than 24,000 fans and supporters contributed $2.4 million in a Kickstarter campaign toward the game’s development.

Seetal has been with What Pumpkin Studios since September.  While he’s part of a successful gaming company now, and has worked in the industry for 16 years, it took him awhile to realize he could make a living in video games.  “It was a combination of luck and perseverance,” he said.

In 1999, Seetal saw a newspaper ad for a summer job.  The work was testing video games, including searching for bugs in the software.   “It was a dream job for somebody a year out of high school,” he said. “From there, I started to manage testing, then went on to producing.”

Also on his resume is Kuma Games.  That company produced what are known as first-person shooter games in conjunction with TV programming, such as History Channel shows.  “One popular one was Dogfights,” Seetal said. “There was a program on the History Channel on World War II fighter pilots. We created games where you could play the fight you just saw.”

Now the video game Seetal’s focused on is a more playful than fighter pilots, and appeals to his brand of wit.  (After all, this is a guy who has a podcast “covering all things geek,” called Back to the Pod.)

What Pumpkin’s Hiveswap villain, Seetal says, “is kind of like the horrible popular girl in high school …. she decrees everyone must laugh at her jokes or suffer the consequences.”

Video game production isn’t all fun and games, though.  It demands a lot of creative energy.  On Twitter, Seetal confesses his blood type is coffee.

“A lot of my job is a combination of project management, in terms of maintenance, in terms of meeting with artists, meeting with programmers,” Seetal says. “It’s a lot of going over budgets, going over checklists, managing tasks, making budgets … It’s fun in the sense of watching the game slowly come together.”

Now that he’s demonstrated to mom, dad and himself that he can make a living in video games, Seetal especially likes when he gets the opportunity to mentor young people considering a career like his.

“I’ve talked at panels before at colleges about diversity and technology,” Seetal says. “It’s just great hearing somebody who wants to get into gaming.  I always considered myself lucky and it’s always great to help others see a career path.”

Jennifer Szweda Jordan is a freelance writer, former host of The Allegheny Front and founder of Unabridged Press.