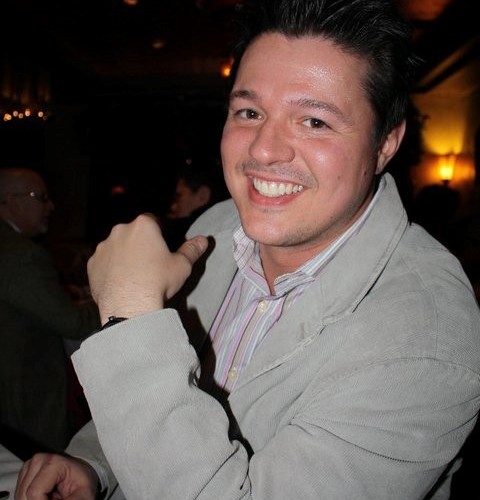 You hear many accents at Joynture.  On any given day, an alert ear would recognize speakers in our coworking space from England, Australia, France, Denmark, Ghana, Italy and Pakistan.  There are a variety of American accents, too, from northern California drawl and Midwestern vowel sounds to the distinctive tone of Long Island natives.

But, when you hear the voice of a definite New Yorker in Joynture’s common spaces, chances are good you are about to meet Jay Frankovich, principal of Atlas Investments Group.

Jay was raised in Staten Island and the Lower East Side, the grandson of immigrants from Italy and Croatia.  He’s a graduate of Monsignor Farrell High School on Staten Island and Baruch College where he studied business and accounting.  As a young man, he worked as a concierge in some of Gotham’s great 1990s nightclubs like The Limelight, Palladium, Club USA and Tunnel.

His early desire to be an entrepreneur was partly inspired, Jay believes, by “being around the guys who ran those clubs and seeing them make a business out it.”

Atlas provides capital to small- and medium-sized businesses with a focus on the technology sector, real estate and cannabis-related businesses.  “That’s the basket we like,” said Jay, while noting the firm is interested in “new opportunities in disruptive technologies in any space.”

On the technology side, Atlas is a partner in fellow Joynture member EDMX, an app for electronic dance music fans to gain access to artists and music and participate in EDM festivals around the world.

The cannabis industry is one that Jay believes investors should watch closely.  “Cannabis is the next cotton,” he said, noting that Atlas has invested in production facilities in the states where the product is legal and has interests in some ancillary businesses (cannabis-infused ice cream being an interesting one).  But, Jay said, entrepreneurs looking at cannabis should stay close to their areas of expertise.  “They should ask, ‘What do I know?’ and ‘What do I do well?’ and apply that knowledge to the ancillary businesses,” he said.

Bringing teams together to that will keep companies strong is one of Jay’s top priorities.  “I don’t need to be a Michael Jordan if I can be a Phil Jackson,” he said, noting he’s looking for founders who love what they do because “when you love something and things go bad, you want to fix it.”

Contrasting his first job with today’s nightclubs, Jay said some of that passion has been lost.  “People today are less creative in the nightlife scene.  Now it’s sometimes just about selling a table and a bottle,” he said.

Jay has been generous with his organizing skills at Joynture.  He’s been one of the organizers of our “Margarita Fridays” and hosted a successful viewing party on May 2 for the boxing match between Floyd Mayweather, Jr., and Manny Pacquiao.  “I don’t think there was one person who left who didn’t say it was a great party,” he said.

“We try to break the walls down and make things fun,” he said.  “If you are sometimes going to burn yourself out, you have to make sure to have fun when you can.”