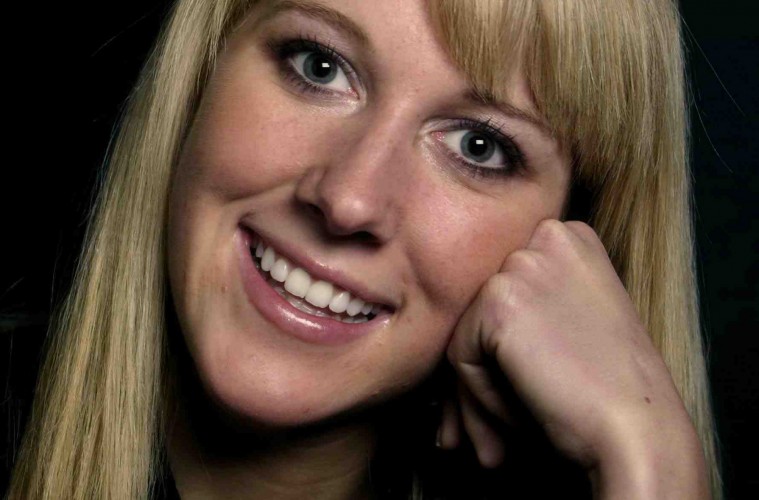 In old movies, the foreign correspondent often was portrayed as a grumpy and grizzled man holed up alone in a dark bureau office with cheap whiskey in a dirty glass.  Julia Hettich is turning that image on its head.

Julia is the U.S. correspondent for Bunte.de, the German equivalent of People magazine and the largest of its type in Europe. She covers celebrity news out of the Joynture coworking space and relishes the balance she finds in typing alongside tech startup founders, venture capitalists and her own small crew.

“I love working at Joynture, coming in there and having a really nice crowd of people around, people in so many different fields,” Julia said. “We get a different perspective.”

It’s not that Julia doesn’t enjoy covering topics like the post-pregnancy slimdown of actress and TV personality Michelle Hunziker, the continuation of the Full House TV series, and European royal families (all articles she’s written in recent weeks).

But she wants to keep her feet on the ground while she’s covering the stars.

Even though she is constantly checking Twitter to see if Princess Kate has given birth and be the first to publish the news, Julia reminds herself, “This is not open heart surgery.”

“I’m constantly reminding myself there are way more important things going on,” she said.

This zenlike attitude about journalism and celebrity has served Julia well. Her career path to a major publication is the antithesis of the storyline in The Devil Wears Prada, in which young journalists do impossible tasks and betray each other to keep their jobs at a fashion magazine.

“I sort of fell into it,” Julia says of an internship that brought her to New York and to her current employer. “It was supposed to be three months, then extended into six months. Then it grew from there. It was never like I had a grand plan.”

It should be no surprise that Julia loves yoga, pilates and all manner of fitness. And while she doesn’t model the high-pressure celebrity life in her own, she does follow the exercise routines of the rich and famous.

“For the magazine, I try all the workouts the celebrities do and I often end up continuing them,” she said. “Barry’s Bootcamp is super intense, to blow off steam.”

And without a hint of irony, she adds that she’s happy to go to the gym, “whether Kim Kardashian is on the treadmill next to me or not.”  (Yes, that happened, Julia confesses.)

Besides exercise, another way Julia maintains balance in her life is by the simple act of home cooking for herself and friends, she says, “even though that makes me a rare exception in New York because people tend to use their ovens for storage here.”

But despite, or perhaps because of, her differences from the average New Yorker, Julia wouldn’t have it any other way.

“It’s been four years and I’m still in love with New York,” she says.

“I complain about the noise, and how unreliable people are … which is hard for a German that considers herself extremely reliable … but I feel like I’m very lucky to be living here,” Julia said.

Jennifer Szweda Jordan is a freelance writer, former host of The Allegheny Front and founder of Unabridged Press.