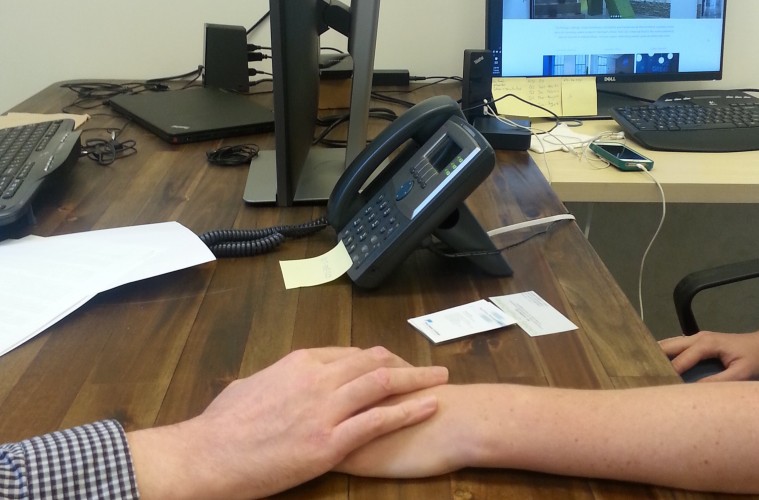 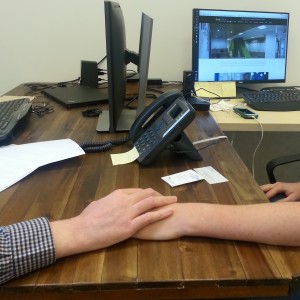 When John Rosenquest’s longtime employee left his environmental engineering firm to set up a competing company about a dozen years ago, he was left in the lurch.

But his wife Eileen “hopped in and started doing some of the work,” he says. Now, she’s a co-owner.

Last week we checked in with the couple behind Brooklyn Ark. Today we learn from another twosome finding success in a personal and business partnership.

The Rosenquest’s company, Cal Check, is based in Raleigh, N.C. John’s role is talking to customers and doing quality control of the industrial emissions monitors they make. Eileen tests and ships the products.

Eileen says it’s been important in business to be able to differentiate each partner’s strengths and weaknesses.

“Before we got married, we went to a counselor,” she says. “We did the Myers-Briggs personality tests. The counselor said to us that I was a visionary and he was the practical designer. And so John has always come to me for advice…The fact that we know each other’s strengths and weaknesses, we count on that.”

John was familiar with the dynamics of a home-based business since his father repaired heating and air conditioning units. The whole family was involved. In Erie, Pennsylvania’s frigid winters, John would tag along with dad from one cold place to another where heaters broke.

The Rosenquests workplace is the basement of their home in Raleigh, North Carolina. John offered three tips for success in working together.

1. Listen first when you have a disagreement. “I had an issue today about picking a name for a part and the wife had a better idea–and justified it after I finally stopped trying to justify my position long enough to hear her reasons,” he says.