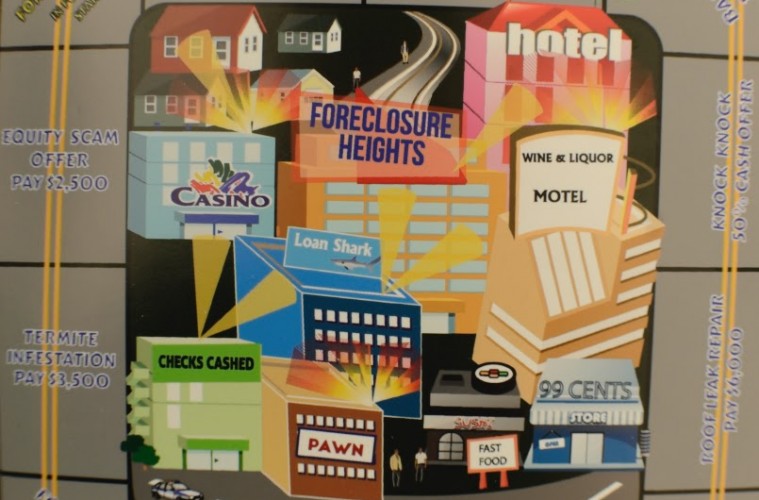 D. Alexis Samuels is relatively new to Joynture but he’s no stranger to Wall Street. While still a high school student from Brooklyn’s Vinegar Hill (near DUMBO), he began working in the Financial District.

Alexis is the man behind Brain Games LS, the creator of games that teach life skills, including “ForeclosureOpoly,” “Prosperity Kids The Game” and “Prosperity College Trivia Challenge.”

“We are dedicated to gamification. These games are fun, have repetition and instill healthy competition – all things we want to bring into the serious learning market space,” said Alexis, now a Long Island resident who has been an entrepreneur since 1983.

In ForeclosureOpoly, two to eight players begin with $25,000 in play money and a 680 credit score.  They spend about an hour answering questions related to financial literacy while navigating a board that includes four quadrants called “Suburbia,” “Metropolis,” “Utopia” and “Foreclosure Heights.” Similar in some ways to the classic Monopoly game, players accumulate homes or, if successful, mansions. The winner is the first player to gain $1 million in equity.

“The Save the American Dream Trivia Game” is ForeclosureOpoly’s slogan.

“I was one of those kids who was never taught to be financially aware. And, I saw an opportunity to give back to the community,” said Alexis. “Through our games, young people get a deeper relational learning of finances using aspects of game play.”

The response to ForeclosureOpoly has been positive, said Alexis, noting Wal-Mart has agreed to sell the games in its stores. A commercial for the game, filmed in The Hamilton and other parts of Joynture, is slated for television and online.

Brain Games LS’ other offerings, “Prosperity Kids The Game” and “Prosperity College Trivia Challenge,” are custom designed for specific schools featuring school colors and cards with questions about local trivia. Schools receive 50 percent of the profit from each game. Alexis also plans to award a scholarship to a student from each participating school.

The games also are notable for their characters, including a teacher named “Professor Frugal” and an older woman named “Mrs. Prosperity.” Alexis intends for the characters to be part of a future cartoon series.

Currently, all of Brain Games LS’ products are produced in New Jersey following initial production in Asia. “The production quality and the price improved with the move back to U.S. production,” Alexis said.

In addition to the work of Brain Games LS, Alexis also serves as a financial planner, paralegal and an ordained minister.

Foreclosure Heights, one of the quadrants in ForeclosureOpoly